"Nephi's Courage" isn't our assigned song until June but i thought i'd post this now in case anyone wants to learn the actions or you have some extra time this month since we already know "Stand for the Right". Anyway, we sing this song A LOT because the primary LOVES IT and really love doing the actions. It's nice to have another song that allows the children to move while singing.
Years ago, when our children were young, my husband made up actions to this song to teach our children one night at family night. It was an instant hit and i have since taught the children in primary. They learned it immediately and often request this song.
Here we go: i'll try to be as visual as possible...
-The Lord commanded Nephi (raise hands over your head towards heaven as if receiving instruction from Heaven)
-to go and get the plates (hold out your hands like for Book of Mormon stories)
-from the wicked laban (scrunch up your face into a mean look and place your hand over your eyebrows and then pan the room while singing)
-inside the city gates (with palms facing you, touch the tips of your nails of one hand to the tips of another to make a gate)
-Laman and Lemuel believed he should not try (open one arm to the side when you say each name.
-Nephi was courageous, this was his reply (flex muscles with arms bent at the elbow into a 90 degree angle)
-I will go, i will do (pump your left fist across your body for "I will go" and the right fist across to your left side for "I will do")
-the things the Lord commands (same as the beginning...arms up towards heaven)
-I know the Lord provides a way (take your arms down from heaven and have them form a path to one side of you)
-he wants me to obey (fold arms)
repeat chorus....
I hope this makes sense. It has been a great way for our primary to learn this song and it was nice to teach a song without printed visuals for a change.
If you're interested, I'll post actions to the 2nd verse later....
Posted by Darcy at 1:27 PM 0 comments 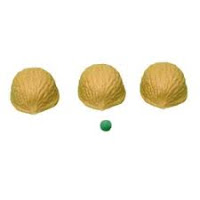 One chorister calls it the pom pom game. It sounds perfect for what i need tomorrow. Quick, effective, easy prep, yet engaging....here's what I'll do:
I have 3 plastic cups and an object to go under one cup. I'll bring a different object to go with each song i want to sing. This way, they not only have to guess what cup the object is under but then they have to decide what song that object represents.
-place the object under the cup and be sure to show which cup you put it under.
-make a big show about mixing up the cups. (The kids will try to follow the right cup)
-call on a reverent child to choose which cup has the object. If they're right, they get to guess what song it represents. If they guess the wrong cup, show what cup the object is under again, mix the cups and call on someone else.
-I plan on singing songs from the past 2-3 years just to get a break from learning a new song.
-I will also probably use a "wild" object occasionally and when they guess the cup it's under, they get to choose the song we sing.
After a crazy week-this seems like just the thing i need!
*update: yesterday, we played this game and it was LOTS of fun! It always amazes me how the kids LOVE the simple things i do. I can work all week on a poster or game and they still seem to love the simple things more. Good to know.... :)
Anyway, i ended up using cotton balls under the cups, not a diff. object for each song. (i was going for simple remember?) :) It worked great, they watched intently while i shuffled the cups and afterwards, they all nearly exploded out of their seats to tell me where the cotton ball was. (both junior and senior guessed it without problems except for once or twice)
-In senior, i let the kids take turns mixing up the cups and calling on someone to guess where the cotton ball was. At one point i gave them a cotton ball to put under 2 cups and they had to guess which cup didn't have the cotton and another time, which 2 cups did have the cotton under them.
-Also, i have big die that i got at the $1 store, I ended up using it to determine what song we'd sing. I called on someone to guess where the cotton ball was, if they were right, they rolled the die and whatever they rolled corresponded with a numbered list of songs i had. If they guessed wrong, we mixed the cups again and another child got to choose. Also, if they rolled a number for a song that we'd already sung, then we did a wiggle song like "give said the little stream" (a senior primary favorite) If you are using this activity to practice program songs, then you could sing the same song no matter how many times they rolled a certain number.
They seemed to really enjoy it and the lesson of the day is, simple is best! :)
Posted by Darcy at 8:53 PM 0 comments

About this time every month, the kids are done learning a song and just want some fun. The problem is, they aren't really "done" learning the song but they really do need something exciting to keep their attention. I saw this idea awhile ago and immediately knew it was something i'd use for one such Sunday. So.... tomorrow is the day. I am going to bring a couple hula hoops and this is what i'll do:
First, I am going to have just one child (or teacher-i love using the teachers) hula hoop at a time. We'll have to watch him/her closely because when they are hula hooping, we will sing; when/if they drop the hoop, we stop singing but the pianist keeps playing. When the hula hooper starts up the hoop again, we resume singing wherever the pianist is at. This will help us practice the words and keep track of where we are at in the song. I am hoping to get a few hula hoopers who drop their hoops and start again several times so that we can stop and start our singing several times. I will have a different hula hooper for each verse of "Choose the Right".
After we've done this a few times, I am going to invite 3 children to all come hula hoop at the same time while we sing the song. The challenge will be to see if anyone can last through the whole song or through an entire verse. When everyone gets out, i'll choose 3 more children to try.
I think this will be a fun way to sing the song repeatedly. Thanks Pattie for your idea!
Posted by Darcy at 3:36 PM 0 comments 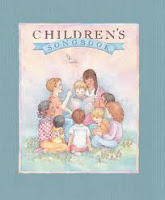 Our musical scripture chase went SO WELL on sunday! It is now one of my favorite activities! I had told the presidency what my plan was so they pulled out the red scripture marking pencils that they often use for sharing time and the kids were able to mark their scriptures when they found them. I was so glad they thought of that-it was perfect! And the kids ALL got so involved-it was fabulous! (i had pulled some library copies of the bible and Book of Mormon to have for those that didn't have scriptures-i wanted them all to have access)
Anyway, I started by telling them what seminary was and my experience doing scripture chases in seminary. I explained what a scripture chase was and off we went! I wrote the reference on the board, one at a time, and they looked it up. I noted who was first to raise their hand but i waited until most of the primary had found the scripture before i had the first one stand and read the scripture in their loud, booming voice. Then, i asked if anyone knew what song the scripture referenced.
Most often, there were several songs that fit the scripture. Sometimes we sang all the song options, sometimes we just sang the one i had in mind. I randomly gave them points, just for fun. No teams though, it was the primary as a whole that tried to get points in the pot. I gave points for finding the scripture, points for guessing any song that went with the scripture, and bonus points if they were psychic and guessed the song i had on my list. The points didn't really matter, it was just fun to throw them out there randomly and they didn't even care that there wasn't a prize.
Here are the scriptures/songs i used:
Ether 3:14 As a Child of God
D&C 115:4-5 The Church of Jesus Christ #77
Mosiah 2:22 Keep the Commandments #146
2 Nephi 4:15 Books in the Book of Mormon #119
Acts 20:35 Give, said the Little Stream #236
John 13:34-35 As I have Love you #136
D&C 25:13 I Pledge Myself to Love the Right #161
Alma 34:38 I am Glad for Many Things #151
John 13:15 I'll Walk with You #140
D& C 4:2-3 Called to Serve #174
*remember, that most songs have a scripture reference in the bottom right hand corner so you can use any songs you want.
*One thing i loved was listening to the teachers whisper to the children what song they thought it was. Many of the songs were songs the kids knew but some weren't, but i made sure the kids realized that their teachers had remembered songs from their primary days and how cool is that???
*I threw in Give, said the Little Stream so that we had a fun wiggle song to do in the middle of it all. They loved it and so did I!
Posted by Darcy at 8:23 AM 0 comments